Last Friday, June 23, I was able to participate in Accenture’s CIO Design Thinking Hack-a-Thon. Originally, I was going to help facilitate with one of my managers, Patrick Leinen, but I was able to join a team and experience Design Thinking firsthand. After frequently seeing and hearing the buzzword in the Tech Garage office where I work, I was excited to try it myself.

It was a one-day event at 161 N. Clark that about 20 others participated in. There were donuts and coffee to start, and no one was talking. Everyone was spread out across the room and seemed timid about the large amount of Post-It notes being thrown in front of them. I was one of those people — both throwing Post-Its and being very quiet. 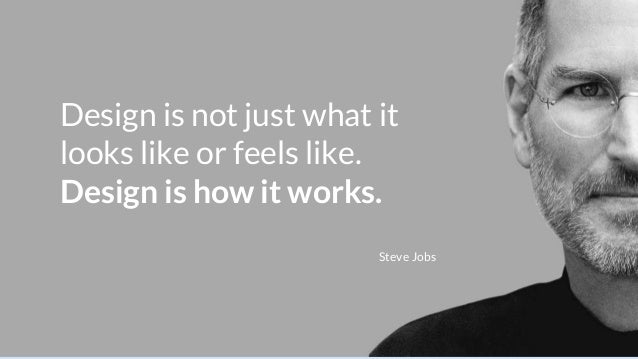 I was grouped with the three other Millennials in the group, all software engineers, two of which were interns. We instantly bonded and were a chatty bunch, so it made it fun to work with them all day. I felt like I was at ThinkChicago again. In the world of tech, I always seem to be the only business-focused person in a group of developers. After studying at Loyola in a group of like-minded people trying to build their eerily similar personal brands, it’s refreshing.

Our prompt was the struggle of hotel reservations. While it gets a bad rep, and Accenture employees are supposedly the ones who know firsthand how annoying it can be, our group admitted we never really booked hotels. If we stayed in hotels, someone else had booked it, whether a parent or a group. Personally, I’ve only ever booked Airbnb’s and hostels. I had to think hard about what my experience would be like in that position.

Soon, the room was bustling with people writing on Post-Its and drawing on our poster boards. For being just a day workshop, everyone seemed pretty invested in their groups and were thinking creatively.

It seemed like groups struggled to know if the prompt was hotel reservation booking, checking in, or the actual stay. Since it’s not about answering one specific question, groups were able to explore the different issues. We considered the issues from various stages: search, book, check-in, stay, and check-out. Most of our proposed roses, buds, and thorns were all in the search area.

I felt like we represented Millennials very strongly, suffering from decision fatigue and wanting a simple platform to solve all our problems. The rest of the group was insisting on a one-stop app early on, but I tried to keep it open-minded as we went through the various activities. I knew everything that was to come, and I didn’t want anyone to get married to the idea. Alas, they were attached and we developed it.

We created a PowerPoint featuring wireframes for a mobile app that enables you to book hotels on two different tabs: one for personal and one for work. That way, you are able to filter your preferences based on if you want to stay in the Financial District or if you want to party. We were really proud of our result, and we wish we had less time to ideate and more time to execute. We knew from the get-go the direction we were taking and the strategy that was forming, but we rushed through the wireframes and the presentation.

I loved that we first got to practice our pitches to other groups. Half of each team sat at another table and the other half presented. I listened to another table’s pitch, which was almost more interesting to me.

The group seemed a little unprepared, and you could tell they were more laid-back about the workshop, aka they weren’t a bunch of competitive Millennials who loved pitch competitions. Their spokesperson took about 5 minutes to explain the issues with Millennials before introducing the issues with hotel reservations. We were then asked to provide our feedback, to which I asked, “Well, what is your product?” and then said, “Cut all of the Millennial shiz. Any market research or introduction is unnecessary if we’re thinking Shark Tank style. Besides, you’re talking to one!”

When presenting to the judges, they had one of the more entertaining pitches with acting it out, but they did fail to explain their prototype. They had clearly thought out all of the problems through design thinking, but they weren’t quite able to use that new thinking to come up with a solution. I only reflect on this because I loved seeing how other groups approached the method!

All groups had fun pitches, like Robo Room and the Digital Hotel Reservation Marketplace, which won first and second place before we did at third place. Neither used PowerPoint, and both took a totally different approach to the problems of hotel reservation that I would have never guessed. Robo Room wasn’t practical by any means, but it was a great idea that made you question the possible.

I had done most design thinking activities before in other settings, whether through ResLife or pitch competitions, but we didn’t necessarily call them design thinking. If you remove the buzzword, it’s basically thinking outside of the box with collaboration. There were no wrong ideas, only ideas, and this thinking can change the world. It’s not how you can change the world, but how you can solve simple problems that can end of changing the world.

And, of course, even the most eco-friendly teams still work well with crumbling up Post-Its. Better than digital is debatable.

What have been your favorite design thinking experiences? Do you prefer doing workshops around a specific idea, or having generic workshops to sharpen your inner Steve Jobs? I think this approach should be considered in every day life and not only when you have Post-Its in front of you, but I know it can be valuable in any situation.

The Tech Garage offers Design Thinking Workshops, whether your first-time or tenth time. If interested, slide in my DM’s and we would love to collaborate!

View all posts by itsmaryk

Mary is a digital strategist with experience in both startups and corporate innovation. She earned her Bachelor and Master of Business Administration in Marketing at Loyola University Chicago. She’s a NASM Certified Personal Trainer with a specialization in behavior change. She published her first book, Run My World, in 2018.